You are in a modal window. Press the escape key to exit.

With a 100-plus year history, Fresno State has embraced many traditions that are near and dear to its alumni's hearts. Some traditions have come and gone, but others have stood the test of time. These include "Fight Varsity" and "To Thee Our Alma Mater."

The Fresno State Alma mater was written by Charles Dana Gibson/James H. Morrison in 1925, arranged by Anna Hamre and performed by the Bulldog Marching Band. Our alma mater is sung at graduation, the Fresno State Top Dog Awards Gala and after the Star Spangled Banner at football games.

To Thee Our Alma Mater

Let us in song, our voices raise
In cloistered courts, to sound thy praise.
Each Voice and heart that sings is true
To thee, oh, Cardinal and Blue.

For thee, our hopes and memories;
For thee, our hearts and loyalties.
Thy sons and daughters hail thee great,
Our Alma Mater, Fresno State!

The Fresno State Fight Song was first adopted in 1934; written by Chet Enos and Cuyler H. Leonard, arranged by John Bliss and performed by the Bulldog Marching Band with Timothy Todd Anderson, director. You can hear the fight song at Fresno State sporting events.

Fight Varsity
On your toes dig in and hit that line!
We're all pulling hard for you
So fight and give the best there is in you

Fight Varsity
On your toes dig in and hit that line!
We're all pulling hard for you
So fight and give the best there is in you

Fight Varsity
On your toes dig in and hit that line!
We'll fight on to victory
We're always true to Fresno State! 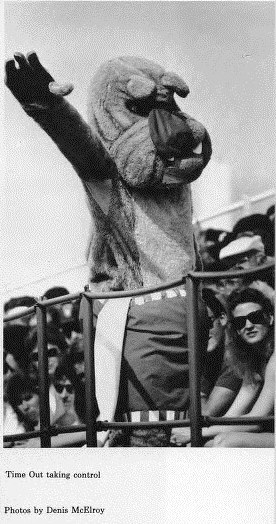 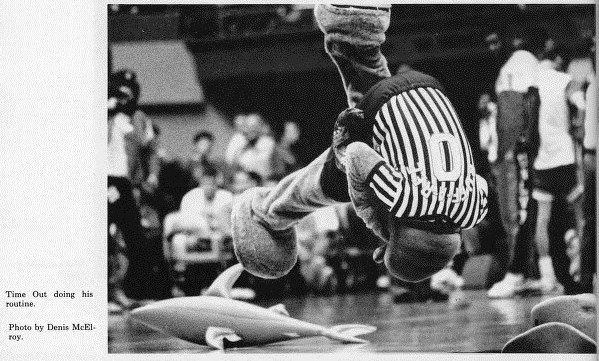 Loud and proud, Fresno State's loyal and enthusiastic fans have made themselves heard nationwide - by national publications which have chronicled the Bulldogs' fantastic fan following, and by others in the media, who have referred to the noise level generated by the Red Wave as "deafening."  It's that kind of fan support that has helped put Fresno State athletics on the map. 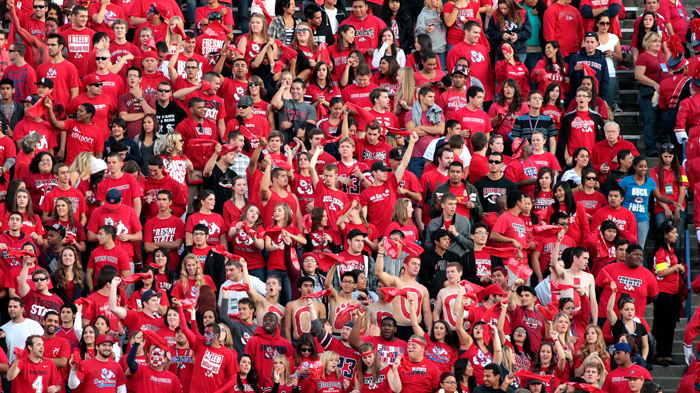 The initial idea of having a live mascot dates back to 1921 when Fresno State College students were greeted by a white bulldog on campus each lunch hour. Soon students were bringing him to football games and the Fresno Morning Republican referred to Fresno State as the Bulldogs. The nickname stuck, but there was no official mascot until 1935. Tradition waned until the 1980s when the live bulldog mascot tradition was revived by a football coach, the late Jim Sweeney, and his bulldog, Half-Time.

Victor E. Bulldog, Fresno State's four-legged mascot since 2006, passed away after succumbing to his battle with cancer on Aug. 10, 2012. 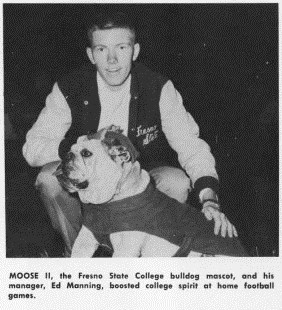 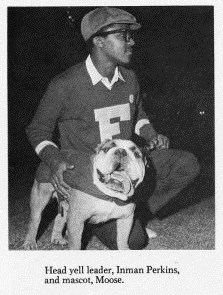 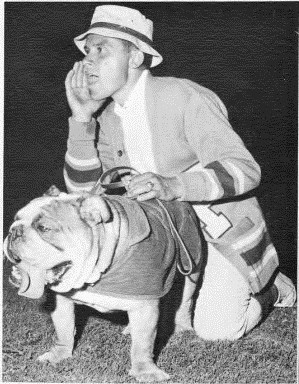